Mark is the General Contractor License holder, and business owner with over 30 years of construction experience. Mark possesses a deep understanding of all aspects of the solar industry, from current practices, incentives, products, utility interconnection and rates, and where the future solar market is headed. He is in charge of business development and customer relationships at GoSimpleSolar.
Background: After college Mark served on active duty for 8 years in the United States Marine Corps. Mark’s occupational specialty was as an attack pilot flying AH-1W SuperCobra aircraft. Mark’s overseas duties included various deployments aboard U.S. Navy ships, and a combined ground/air tour in the Far East where he served with the 3rd Marine Division. During his land based deployment to Gulf War he was awarded the Strike/Flight Air Medal for serving as an Attack Helicopter Commander during strike and escort missions.
Mark’s approach to business is guided by the principles he learned as a Marine Corps officer.

A native midwesterner, Nicole enjoys learning about new places and people, finding inspiration by what communities can create when connected toward a common purpose. Nicole has been an integral part of the growth of GoSimpleSolar over the past 8 years, promoting their clean energy brand, managing various community events and interacting with customers, all the while riding around in good ol’ “Bertha”. 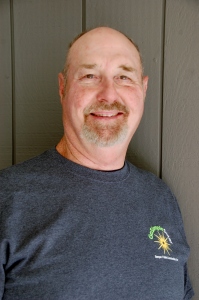 Frank Munroe founded California Roofing in 1984 (CSLB C-39, 465765). He is a 4th generation roofer and customer service is the driving force behind this family run company with a staff of quality employees, several of whom have been with the company for over 15 years. Frank is an on the job boss who oversees each project. 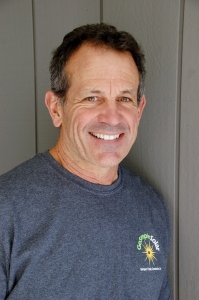 Mike Soberanes is the President and founder of Micor Elecric (CA License # C10 613167). He has been taking pride in this family owned business for 25 years. Mike personally oversees every job and treats each home or place of business as if it were his own. His focus is on 100% customer satisfaction, like the rest of the Team at Semper Fidelis Construction, Inc/GoSimpleSolar.